Southern Oregon Climate Action Now has signed on to this letter generated by the environmental Trump Resistance Network spear-headed by the Center for Biological Diversity, Public Citizen, and Friends of the Earth.

We are progressive organizations dedicated to fighting for the health of our communities and the planet against the devastating impacts of climate disruption. We recognize that success combating climate change requires standing in solidarity with the broader progressive community to resist any attack on our civil liberties and hard-fought rights and protections. We ask that you join us in resistance to Donald Trump and his radical agenda.

Decades of pollution by the United States and other industrialized countries–hastened by inadequate government regulation and industry-driven climate denialism–have brought the world to the brink of climate catastrophe. In the face of this global calamity, Trump has placed the federal government in the hands of the very fossil fuel industry that created and drives the crisis.

The worst impacts of climate change are disproportionately felt by the frontline and working class communities least resourced to protect against and adapt to them. These are the same communities targeted by Trump and his enablers with their Islamophobic, xenophobic, racist, sexist, and homophobic agenda. Trump’s radical agenda helps corporations and the mega wealthy at the expense of everyday Americans.

We reject this radical agenda because it assaults our basic American values. Trump’s actions are eroding fundamental civil rights, disenfranchising voters across the country, deporting immigrants and breaking up families, eradicating women’s reproductive rights, stifling public dissent, slashing services for the poor to benefit the wealthy, and threatening the health care and social security which so many Americans depend on. We condemn these attacks on America and stand together with the broader progressive community in resisting Trump.

The climate crisis is a human struggle that is inseparable from any struggle for equality, dignity and justice. Resisting Trump on climate change means resisting his entire immoral and regressive agenda. In the face of this unprecedented threat, it is our moral and political obligation to resist Trump. We ask that you join us in the resistance. 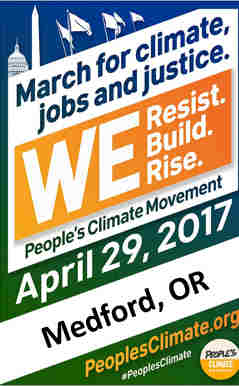