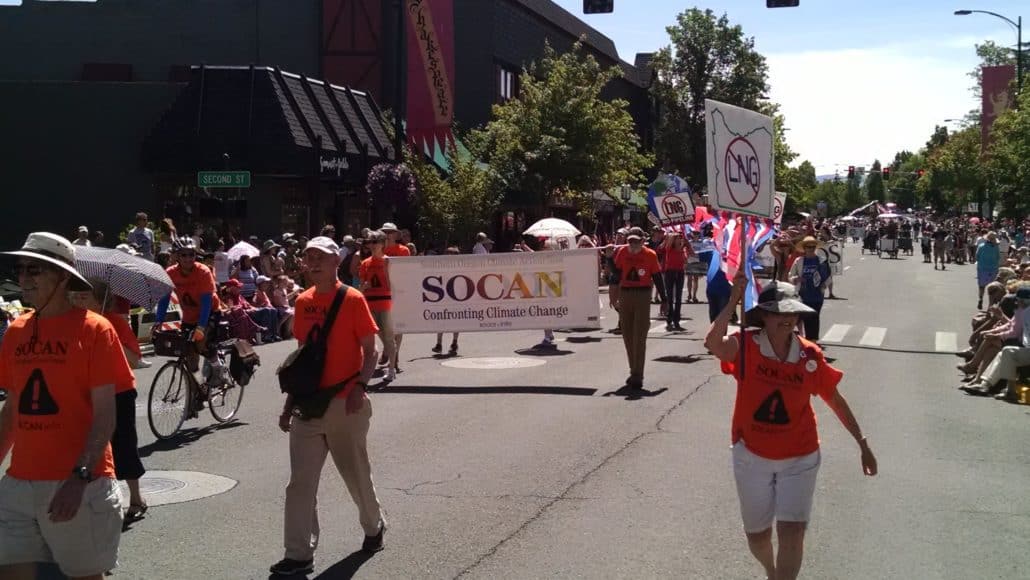 A dozen or more SOCAN activists marched with the SOCAN banner 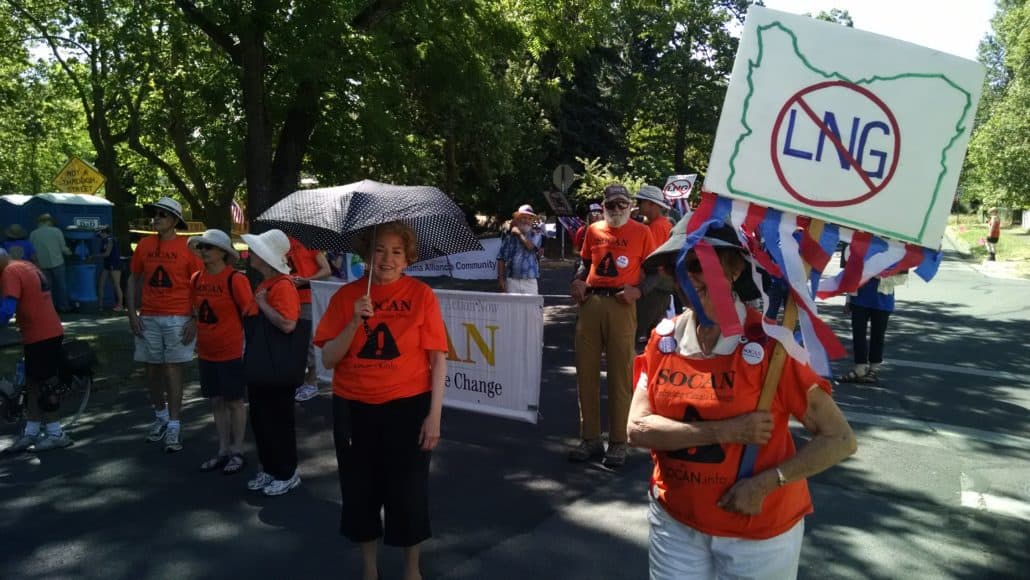 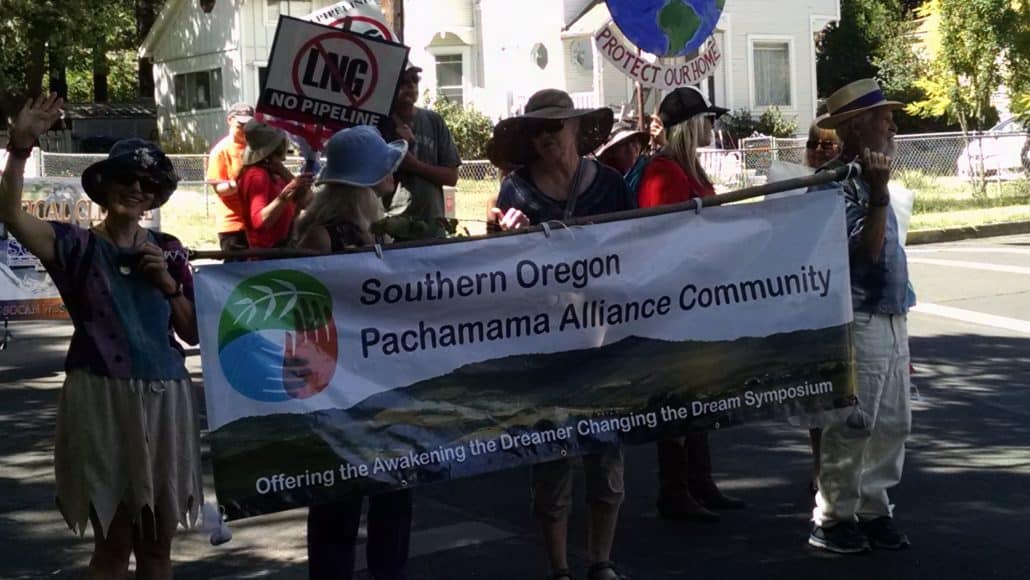 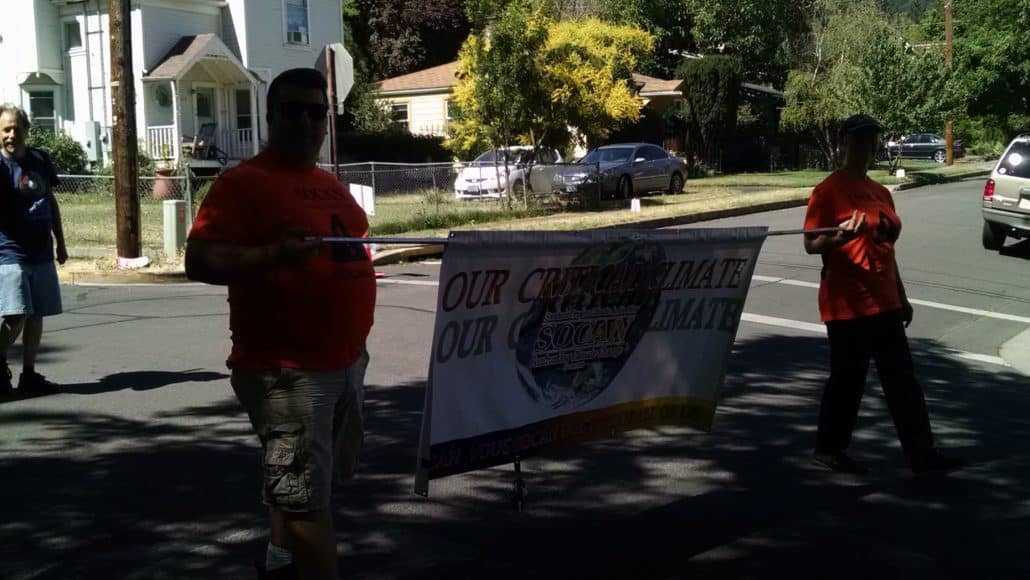 The SOCAN Climate Summit banner up the rear. 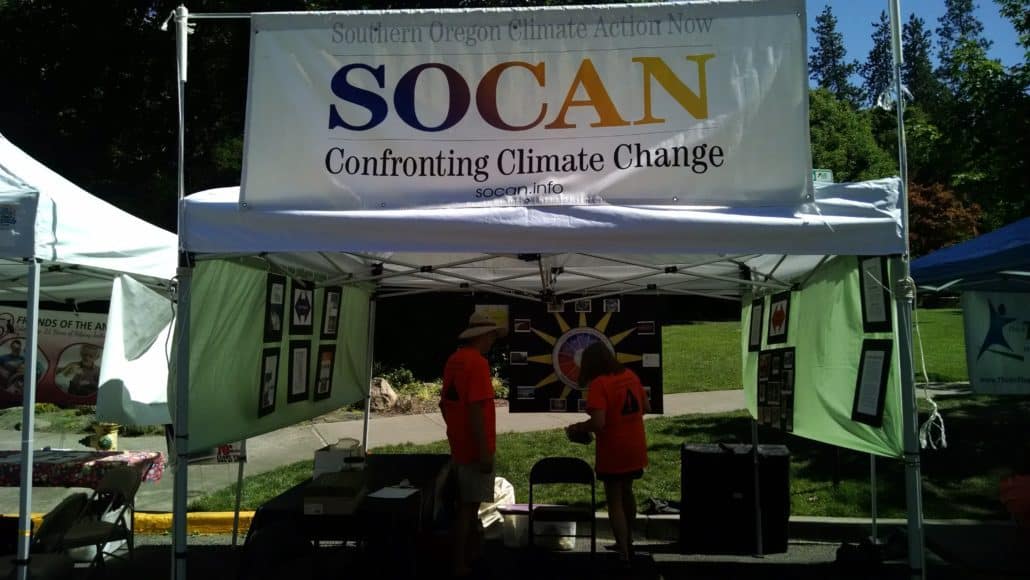 Like most of the groups, SOCAN volunteers staffed the SOCAN booth during the Fair in Lithia Park 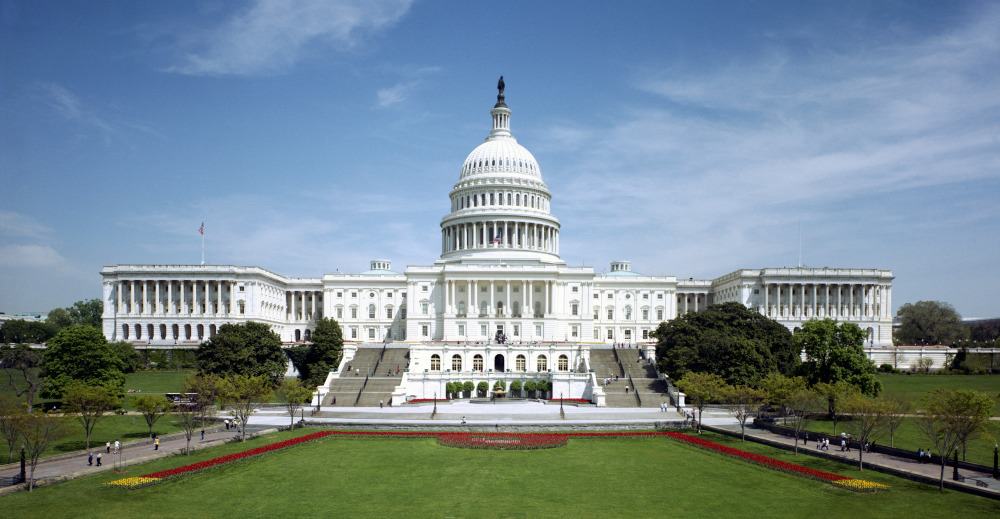