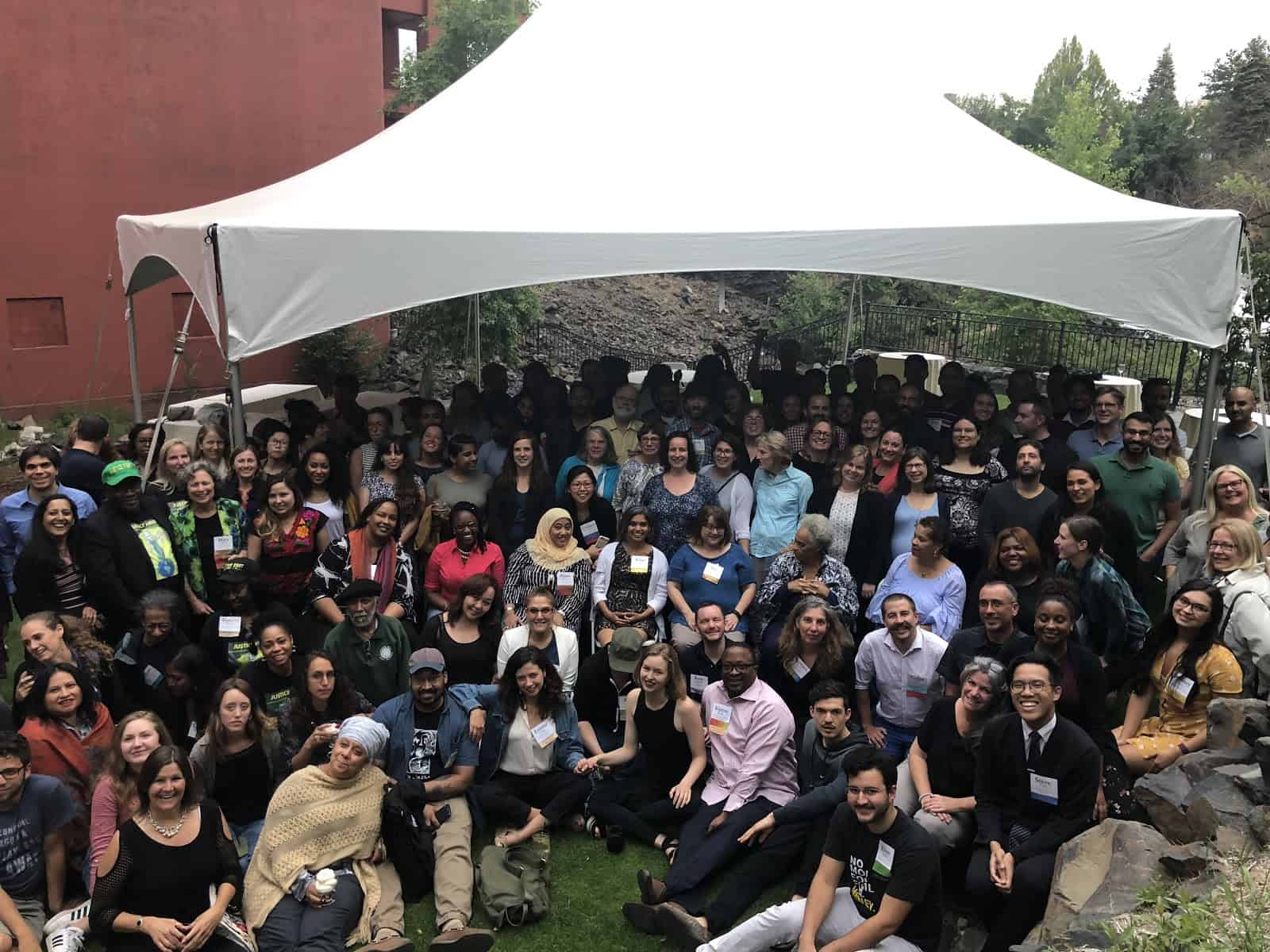 The USCAN conference group photo. Spot Kathy and Alan [Hint: Kathy is wearing turquoise and Alan a yellow shirt – and back under the canopy].

One of the reasons that SOCAN is often referred to as Southern Oregon Climate Action Network rather than Now, is that USCAN is the United States Climate Action Network.  SOCAN has been an affiliate member of USCAN for several years.  Because the annual conference was scheduled for the west coast, Alan (Journet) volunteered to serve on the Steering Committee.

As a result, Alan and Kathy (Conway) attended the conference as voting SOCAN reperesentatives.  Alan organized and presented in one of the Thursday Break-out sessions (on Sticky Challenges for achieving the Paris agreement goals), and gave a brief five minute summary on the status of Oregon’s Clean Energy Jobs legislation during the opening reception. 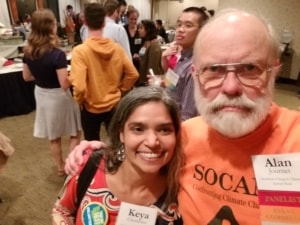 Alan’s presentation focused on the question: “Is the Carbon frame still working for us?”  The thesis he offered was that too many greenhouse gas programs across the country, and bills being proposed by legislators and activists only address carbon and don’t really address the full range of greenhouse gas emissions.  This point was illustrated with reference to the six bills proposed during the 2015 Oregon legislative session in which 4 specifically defined the goal as carbon from the combustion of fossil fuels.  The eastern U.S. Regional Greenhouse Gas Initiative also earned a mention as a culprit since this program not only is limited to utility emissions, but specifically targets only carbon dioxide.  RGGI thus has encouraged the switch by utilities from coal to natural gas with a commensurate increase in methane emissions.  Alan was asking if we should re-frame our target as climate pollution or, more specifically, greenhouse gas emissions.

The conference overall was very interesting.  Most notably, we were impressed by the huge diversity of participants, a fact that reflected the emphasis placed in USCAN on issues of social justice and the importance of developing solutions that address issues of inequity.  We were also impressed by the success USCAN has exhibited in engaging younger citizens.  We did not assess whether we were the oldest attendees, but did notice that retirees were not the dominant force.

One of the repeated themes through the conference was one of optimism, the sense that we can solve the climate problem.  We were reminded of the Obama clarion call to action: Sí, se puede!”

NASA head: ‘I have no reason to doubt the science’ on climate change
Scroll to top