There exists a growing movement promoting the electrification of our entire economy. A common response to this is: “Why electrify?”

The answer to this reasonable question falls into two parts:

What is the benefit to switching away from fossil fuels?

We know that the major driving force causing the climate crisis that now confronts us is the extraction, processing, transportation, and combustion of fossil fuels. Our use of these fuels results in emissions of greenhouse gases. Among the major greenhouse gases, the largest contributor to the problem is carbon dioxide (CO2). Second and third on the list of contributors resulting from human activity are methane (CH4), and nitrous oxide (N2O). Interestingly, carbon dioxide is not the greatest contributor because its capacity to absorb heat is greater (on a pound-for-pound basis) than the other gases. In fact, with the warming potential of carbon dioxide defined as ‘1’, methane is actually 86 times worse on a 20-years basis and 34 times worse on a 100-year basis. Meanwhile, nitrous oxide clocks in at nearly 300 times worse than carbon dioxide on a 100-year basis.

Instead, carbon dioxide is the most important greenhouse gas because of its concentration in our atmosphere, a concentration that is increasing mainly because of the combustion of fossil fuels though other human activities, notably land use, are also contributing. While CO2 is measured in parts per million, the other gases are measure in parts per billion. Fortunately, their concentrations are about a million times lower than CO2. However, just as carbon dioxide is increasing in concentration, so are the other gases. Indeed, methane is now estimated to be causing some 25% of the warming we are experiencing. This means that we must not only reduce carbon dioxide emissions, we must also target the other greenhouse gases. While methane emissions assuredly occur as a result of warming the permafrost and the extraction of coal and oil, a huge contribution comes from the fracking, processing, and transmission of fossil (natural) gas. Even though, when combusted, fossil gas results in lower carbon dioxide emissions than coal or oil per unit of energy generated, sufficient methane leaks during the life cycle from extraction to combustion potentially to negate that advantage (see Natural Gas: A Bridge to Nowhere).

The message is that our use of fossil fuels absolutely must be curtailed, and curtailed rapidly. Looking at the greenhouse gas emissions budget we have remaining on a global basis, the latest IPCC assessment (AR6) indicates that for an 83% chance of limiting warming to 1.5⁰C (2.7⁰F) above pre-industrial levels, we have fewer than 5 years of emissions at our current rate.

Why is electricity a superior energy source?

If all our electricity were generated from renewable source such as solar and wind, it would be self-evident why switching to electricity is beneficial. However, except for those who are off the grid and supply their needs from solar panels or wind turbines, most of us derive our electricity from a grid which is supplied from an assortment of power stations, many of which are themselves powered by coal or fossil gas. This raises the inevitable question: why, then is electricity better than fossil fuel? The answer depends on the use: 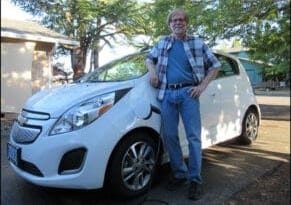 An all electric battery driven vehicle 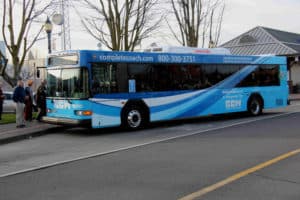 Electric buses are far superior to diesel and CNG buses.