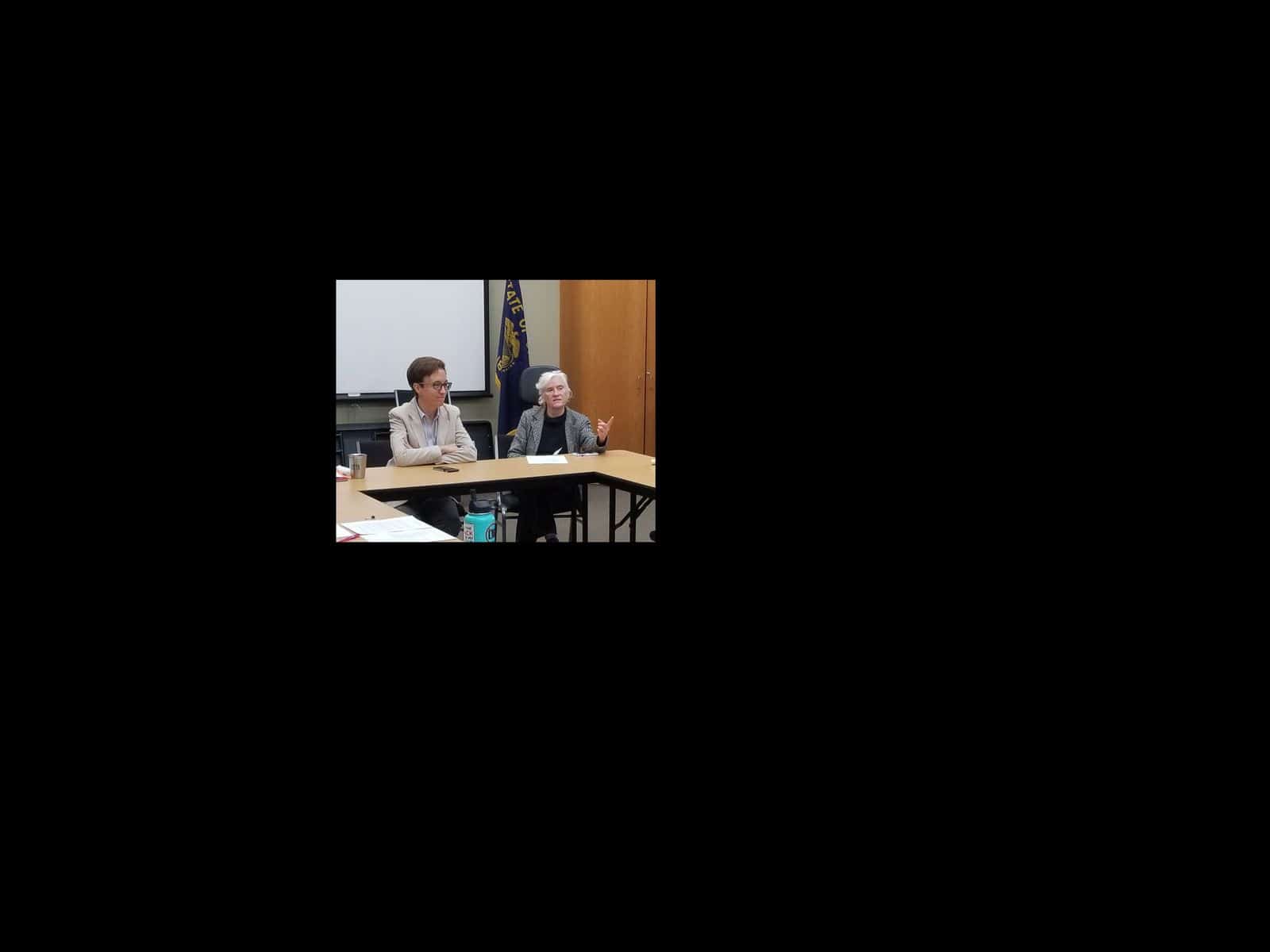 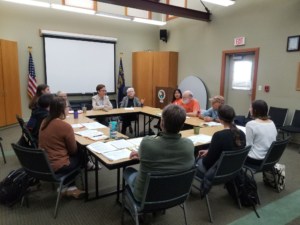 Thanks to climate champion Representative Pam Marsh (House District 5), delegations from SOCAN and Rogue Climate met on Friday October 12 for a little over an hour with House Speaker Tina Kotek to discuss our concerns about the forthcoming greenhouse gas emissions reduction bill and the proposed Jordan Cove project.

During the exchange, SOCAN co-facilitator Alan Journet argued that the proposal emerging from the Joint Journet shared with Speaker Kotek two articles written by Bill McKibben and the recent (2018) IPCC report to bolster his case.  Journet also argued the need for the bill to minimize the free allocation of allowance and generate sufficient revenue that mitigation (including promoting renewable energy, energy conservation and energy use efficiency) should be funded, along with regenerative agriculture and  carbon sequestering forestry in addition to serving social justice and equity. needs.

The Rogue Climate delegation, meanwhile, argued a strong case for the need to oppose the Jordan Cove project based on eminent domain concerns given that the benefits accrue to a foreign corporation, and the greenhouse gas emissions from the project that would be equivalent to nearly 60% of Oregon’s In-Boundary emissions, thus compromising Oregons’s efforts to reduce emissions.  The Rogue Climate delegation challenged Speaker Kotek to assume opposition to the project but she declined to do so arguing that the process should be allowed to play out.

In relation to the developing greenhouse gas emissions bill, Speaker Kotek indicated that discussion was starting from the 2018 Clean Energy Jobs Bill as proposed, but would not likely generate the $700 million in revenue that the 2018 bill was suggested as generating.  Rather, she argued, revenue would fall somewhere between zero and that figure. A ‘straw bill’ is expected to emerge in late 2018 or early 2019 so representatives know the direction that the committee is taking and they have a basis for discussion.

Commentaries on the 2018 Intergovernmental Panel on Climate Change Report 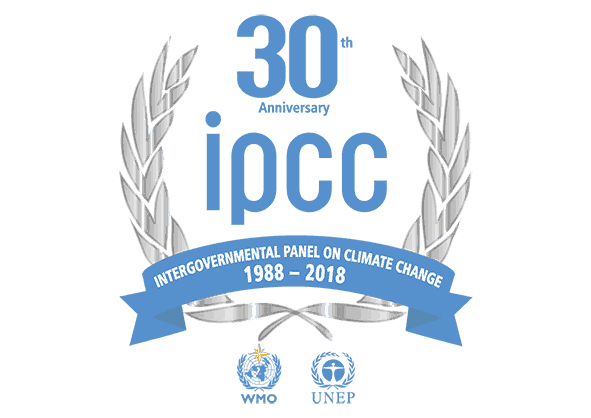 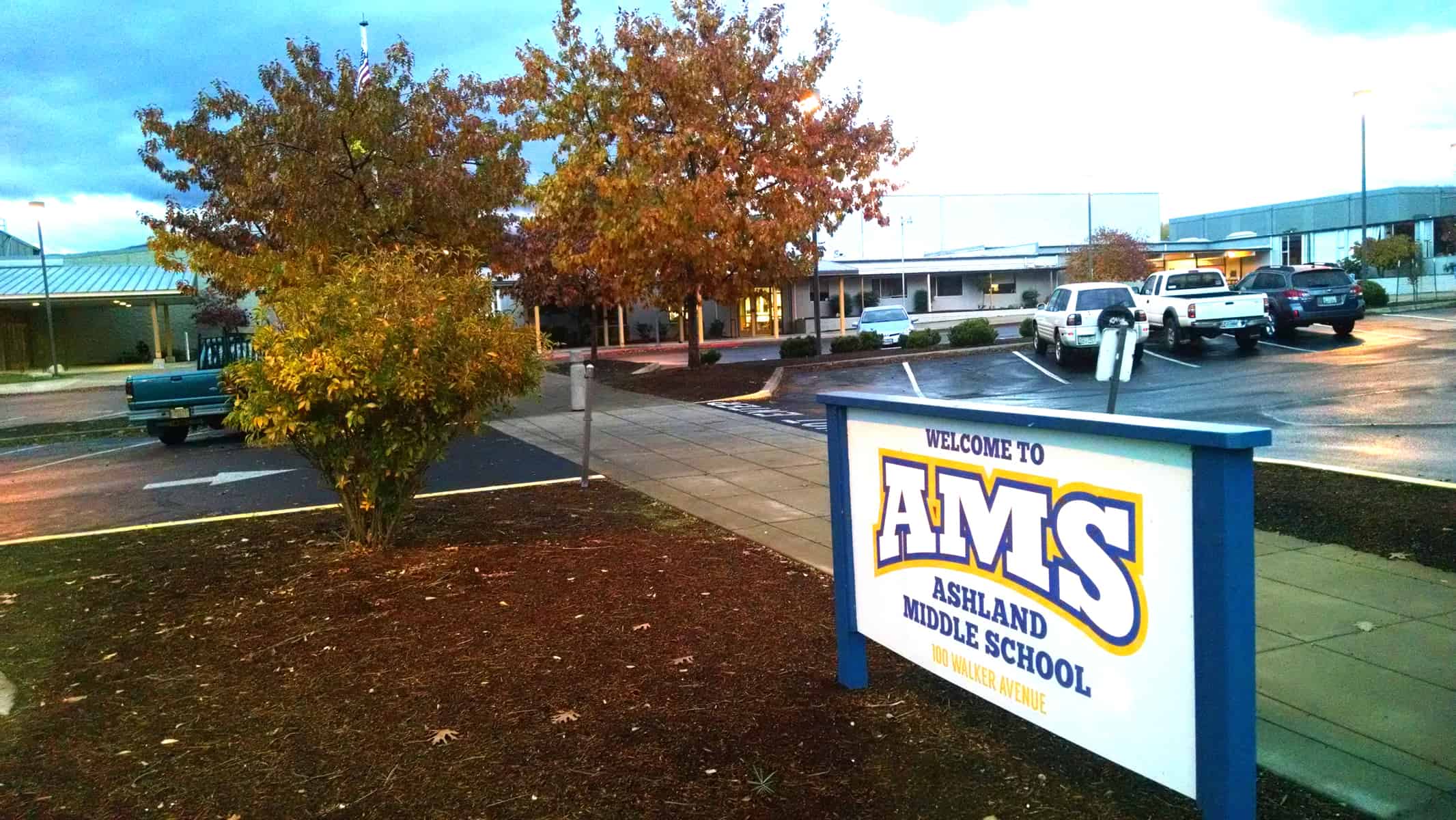