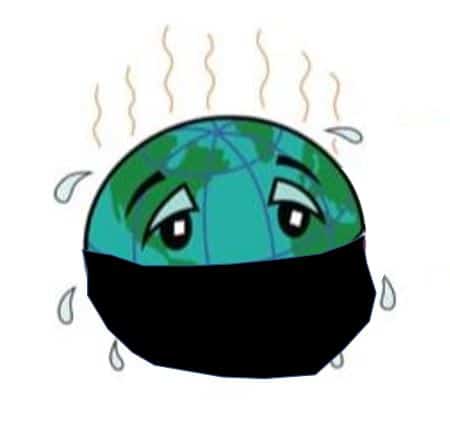 By Alan Journet – Thoughts on the Supreme Court  EPA Decision in W. Virginia vs EPA

This session of the Supreme Court, announcing alarming opinions on a variety of issues, comprises majorities of justices appointed by Republican Presidents and ratified by Republican Senators. This was potentially among the most partisan SCOTUS terms in history. The court seems to be making decision after decision based on right wing philosophical preconceptions rather than rational argument and appeal to the constitution or court precedent for justification. Among these decisions, possibly the greatest threat to life on this precious planet was posed by the decision regarding W. Virginia vs EPA where the court majority ruled (SCOTUS 2022a) that: “Congress did not grant the Environmental Protection Agency in Section 111(d) of the Clean Air Act the authority to devise emissions caps based on the generation shifting approach the agency took in the Clean Power Plan.” The majority argued that the EPA regulating power plan greenhouse gas emissions constituted such a substantial act that it required more than the basic charge to the EPA to protect our environment, but required a specific charge from the Congress that the EPA should address greenhouse gases.

“The Clean Air Act of 1970 tells the EPA to set standards for what kinds of toxic air pollutants can be released into the “ambient air,” either from factories or cars and trucks.

“The Clean Water Act of 1972 tells the EPA to set standards for what pollutants can be released into lakes, streams, and rivers, and it forces polluters to get permits to do so.”

These are the laws that delegate responsibilities to the Environmental Protection Agency to protect our air and water from pollutants. It is worth noting that nowhere does the charge to the EPA discriminate between major and minor issues or suggest that the authority of the EPA extends only to minor issues. Indeed, the charge would reasonably be interpreted by any rational analyst to imply that the authority of the EPA to address an environmental threat should rise as the severity of the threat rises. Since our elected representatives cannot possibly be expected to possess expertise on every issue that is of importance to society, it makes logical sense that Congress would delegate authority to develop rules and regulations about environmental and health protections (for example) to expert staff appointed to those agencies charged with managing environmental and public health.

In rejecting the authority of the EPA to regulate greenhouse gas emissions from power plants, the Supreme Court majority invoked the so-called ‘Major Questions Doctrine’ (CRS 2022) in which “the Supreme Court has declared that if an agency seeks to decide an issue of major national significance, its action must be supported by clear statutory authorization.” In the case of EPA authority over pollutants, invoking this principle seems patently absurd. The climate change consequences of global warming represent an existential threat to global natural ecosystems and the biodiversity that they comprise, as well as our agricultural, forestry, and fisheries. In short, life on the planet as we know it is at risk.

In applying to the EPA this “major questions doctrine” that suggests the authority of the EPA is limited to minor questions is specious and defies logic. Of course the Court fails to offer any definition that would allow objective discrimination between minor and major questions leaving them the option of using this criterion whenever they wish for whatever they arbitrarily and capriciously might decide is a ‘major’ question. Notably, this doctrine has never previously been included in a majority SCOTUS opinion.

The primary consequence of the Supreme Court decision is to undermine the ability of the EPA to impose restrictions. The vote reveals a Supreme Court that comprises a 6:3 majority of climate science deniers. This defines the court as far out of step with the mainstream of American opinion. Leiserowitz et al. (2022), for example, pointed out that according to studies conducted by the Yale Program on Climate Change Communication, the percentage of Americans falling in the categories of ‘Alarmed’ or ‘Concerned’ about global warming stood at just under 60% in September 2021, a clear majority.

Furthermore, in the 2007 case of EPA vs Massachusetts, where the EPA under George W. Bush was arguing it lacked authority to regulate greenhouse gas emissions from motor vehicles, the Supreme Court rejected the EPA claim that the major questions doctrine denied that authority. As a result of that historic 2007 Supreme Court decision, it was accepted that the EPA has this authority. What the Court of Chief Justice John Roberts has achieved, once again, is the rejection of accepted law. This principle, known as stare decisis, refers to the legal principle of determining points in litigation according to precedent (Savage 2021).

Despite the claims of several current justices during their confirmation hearings that they honored stare decisis, the pattern in decisions handed down by this court is one of rejecting settled law when it suits their preconceived partisan political philosophy.

While it is impossible to discern the real motives behind this decision, Supreme Court justices joining the majority decision seem to have accepted either the myth that climate science is a hoax, or that addressing the climate crisis is too costly or too disruptive. There is inadequate space here to address the proposition that climate science is a hoax. Suffice it to note that every court case premised on that claim has failed. Meanwhile, it is certainly difficult to determine what the cost of unimpeded climate change will be, especially when we recognize that our agriculture, forestry, and fisheries may be destroyed, an outcome that would render economic analysis irrelevant since we cannot attach a cost to something as essential as food that is not in short supply but actually unavailable. However, leading global reinsurance company Swiss Re (Swiss re 2021) has assessed the relative costs of inaction and concluded that failing to contain global warming could depress the global Gross Domestic Product over 18% by mid-century. Using current dollars, the global GDP in 2021 was assessed at $93.8 trillion annually (Statistics Times 2021). This, then, would amount to an economic depression of nearly $17 trillion. Flavelle (2021), meanwhile, suggested this number would represent a $23 trillion global annual economic depression by 2050. Morgan Stanley, hardly a wild-eyed leftist organization, indicated (Harmstone 2020): “Climate-related disasters have cost $650 billion to the global economy over the past three years.” This author also suggested: “With the green transition representing $50 trillion in investment over the next 30 years and $3-10 trillion in operating earnings, decarbonization could present a material economic opportunity for those on the front line.” This 30-yearl cost of action represents an annual cost of $2 trillion. At about 1/12th the cost of inaction, this compares very favorably. From an economic perspective, we are clearly better off addressing the crisis than ignoring it and suffering the economic consequences of ongoing and accelerating global warming and climate change. There can be little doubt that the cost of inaction is far worse than the cost of acting. Yet, the U.S. Supreme Court sides with inaction!

In the climate crisis we are clearly confronted with an existential threat that has huge social justice implications in the short term, and ultimately similarly huge implications for life as we know it in the longer term. Once again, the right-wing extremist Court of Chief Justice John Roberts has taken a step in the opposite direction to that which sanity should suggest. This makes the task of countering that climate crisis ever more difficult.

To paraphrase Justice Kagan, writing in dissent,: ‘It’s called the Environmental Protection Agency for a reason.” The purpose of that agency is to protect our environment. Apparently, following the lead of science deniers everywhere who seek to undermine action, the majority on the Court seemingly have recast the agency. To them the EPA is now the Economy Protection Agency. The claim by Chief Justice Roberts in writing the majority decision that the ‘major questions doctrine’ demands that Congress make decisions regarding greenhouse gas restrictions and refer these to EPA beggars belief; the illogic and insanity of this opinion is transparently obvious. The entire purpose behind establishing the agency was to protect the environment; greenhouse gas emissions rules do exactly what Congress established the agency to do. Indeed, Kagan wrote: “Today, the Court strips the Environmental Protection Agency (EPA) of the power Congress gave it to respond to “the most pressing environmental challenge of our time” (SCOTUS 2022b).”

As Eisenman (2022) wrote: “…the willfulness, arrogance and irresponsibility of today’s ruling is staggering. In W.VA vs EPA, the court violated the bedrock constitutional principle of division of powers.”

This Supreme Court may not have launched us collectively towards the bank of icebergs as happened with the Titanic in 1912, but assuredly, this decision has shifted the rudder and accelerated speed towards them.

With a growing litany of decisions that, for example, compromise the separation of Church and State, limit the ability if communities to adopt rules reducing the threat of gun violence, eliminate reproductive choice of women, and now challenge the authority of federal agencies to complete the tasks for which they were established by Congress, the Supreme Court has taken a substantial tilt towards right wing extremism. It is noteworthy that the majority on this court was nominated by Presidents winning a minority of the votes nationally and confirmed by a Senate majority that represents a minority of American voters.

That the Supreme Court is so unbalanced and unrepresentative is testament to a corporate blueprint to dominate democracy developed in 1971 by Lewis Powell in a memo to the U.S. Chamber of Commerce (Whitehouse 2021). As Whitehouse (2021) further noted, shortly after Powell drafted that memo, President Richard Nixon nominated him to the Supreme Court.

Small wonder that the favorability rating of the Supreme Court dropped some 15% even before the latest sequence of decisions that run against public sentiment in the nation (Pew 2022). Meanwhile, Gallup (2022) reports that as of September 2021, the Supreme Court ‘enjoyed’ a 53% disapproval rating. Then, by June this year (Jones 2022), it was reported that confidence in the Supreme Court had dropped to an all-time low, descending to 25% overall, with a score of 39% among Republicans and 13% among Democrats.

The bottom line is simple: If you find recent decisions of this Supreme Court outrageous, be sure to vote up and down the ticket. In addition to voting, the best way to overcome a U.S. Supreme Court that is out of touch with your priorities is with individual, local, and statewide action.

Meyer R 2017. How the U.S. Protects the Environment, From Nixon to Trump. The Atlantic. https://www.theatlantic.com/science/archive/2017/03/how-the-epa-and-us-environmental-law-works-a-civics-guide-pruitt-trump/521001/.

Savage, C 2021. ‘Stare decisis’ is likely to be much discussed in the abortion case. Here’s what it means. New York Times.  https://www.nytimes.com/2021/12/01/us/politics/what-is-stare-decisis.html.

Swiss Re 2021. The economics of climate change: no action not an option. Swiss Re Institute. https://www.swissre.com/dam/jcr:e73ee7c3-7f83-4c17-a2b8-8ef23a8d3312/swiss-re-institute-expertise-publication-economics-of-climate-change.pdf

Space Tourism Poses a Significant ‘Risk to the Climate’ 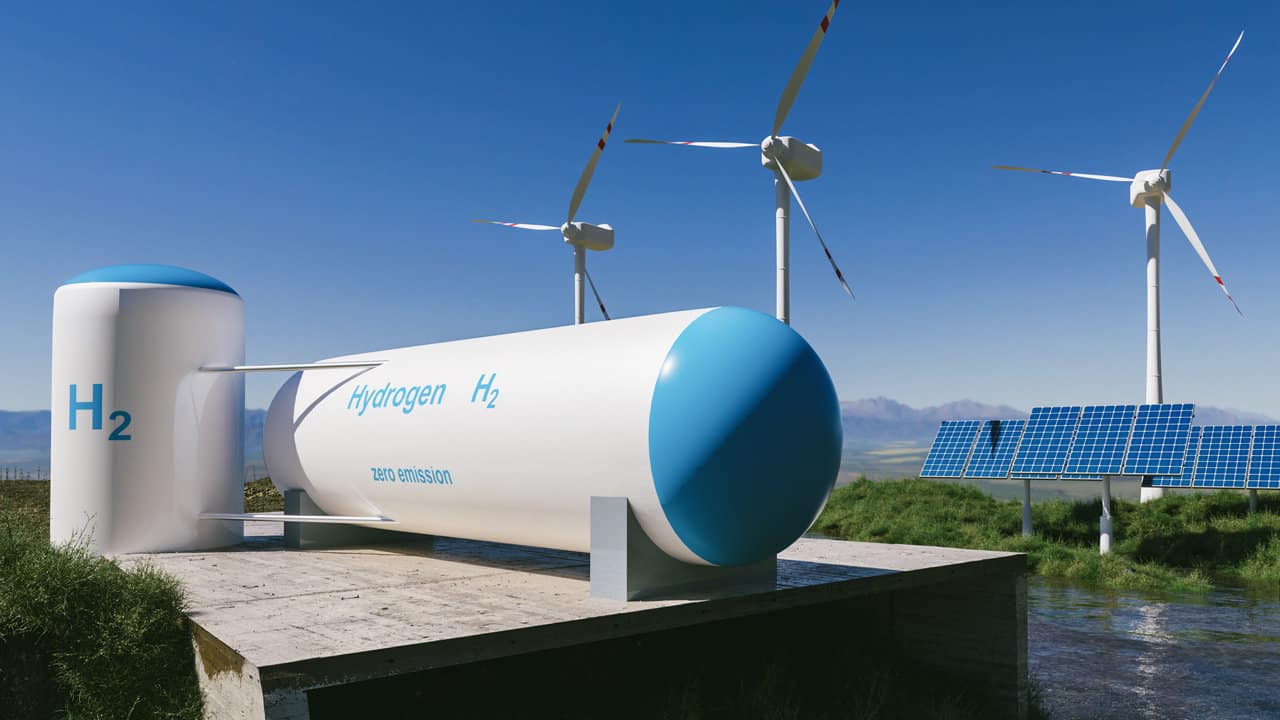