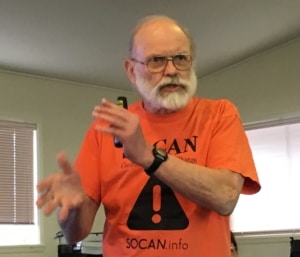 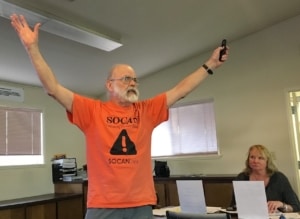 Alan has been known to become somewhat energized on the need to support meaningful greenhouse gas emissions proposals. Photo by Allen Hallmark.

Members of SOCAN’s Government Group and others have been offering and delivering presentations on HB2020 throughout the month.  Here, Alan Journet is offering comments to the Jackson County Democratic Party Central Committee which then voted to endorse HB2020.  A couple of weeks earlier, the Josephine COunty Democratic Party Central Committee also heard a presentation, and likewise voted to endorse the bill.

CLIMATE CHANGE ON SCREEN: VOICES OF THE VALLEY ROARS LOUDLY IN SOUTHERN ORE...

50% of new cars to be electric vehicles by 2030 under Labor climate change ...
Scroll to top