Acute Myeloid Leukemia (AML) is a bone marrow cancer. My experience with AML reminds me where we are in the climate crisis

As Thanksgiving approaches another year has passed and I reflect on the many events and people for which I am thankful.  Surviving Acute Myeloid Leukemia is definitely one.   My 1995 was punctuated by an extreme high and an equally extreme low.  The high was that the love of my life, Kathy Conway, and I were married in the forested backyard of our home in Cape Girardeau SE Missouri (definitely another of those thankful moments).   The low hit me about 6 weeks later when I was diagnosed with AML.  The oncologist to which I was referred immediately diagnosed the condition and offered me the dire prognosis. Knowing my background in science, Dr. Frank Dunphy drew me a graph. 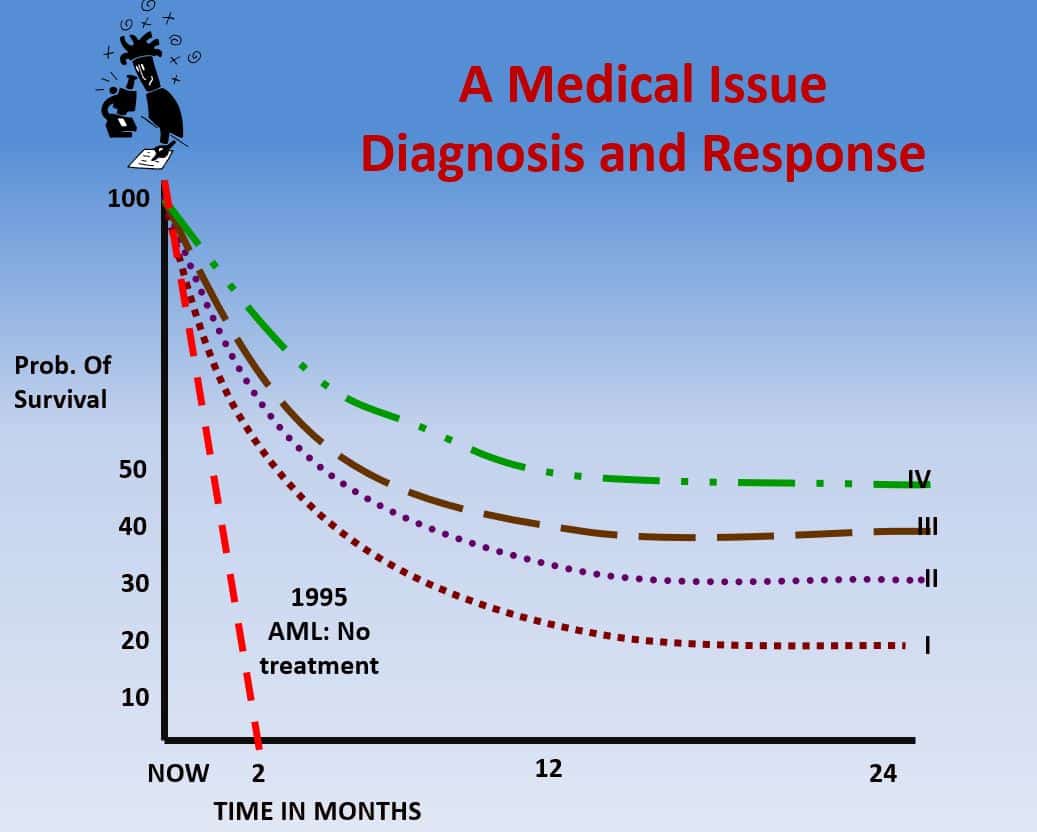 By now, the reader will probably have started understanding why I see this as parallel with our climate crisis.  Here are some of the ways:

If we do not adjust our behavior, we are currently on course to destroy natural ecosystems, and our agriculture, forestry and fisheries across the globe, potentially by mid-century but almost certainly by the end of the century.

We do not know exactly what percentage survival the current array of program proposals will offer (statewide it’s the DEQ Climate Protection Program, and Clean Fuels Program, while across other state agencies other programs are under development, but all are inadequate to the task; nationally we have the Build Back Better Act which is yet to pass and is still inadequate to meet our national needs; and globally we have the COP-26 Glasgow agreement – again inadequate to meet our global needs).https://socan.eco/climateandlife/

The parallel is that I really needed to enter remission preferably on the first round of chemotherapy to elevate my chances of long term survival.  Had I failed to clear that hurdle the stakes would have certainly increased for the second round of chemotherapy.  We know that the state, nation and globe are failing that first hurdle, thus elevating the need for more concerted effort next time around and next time needs to be very soon.

We are collectively in for a long haul if we are to avert the disaster that is our current future.  We don’t know what our percent probability  for success would have been even had we achieved reasonable targets with our first state, national, and global effort.  Clearly, none of these represents a success story, merely one inadequate effort after another towards achieving success. In addressing the climate crisis, we still have three rounds of chemotherapy to undergo, followed by total body irradiation and a bone marrow transplant.

There never was a guarantee that I would survive the proposed treatment, but it was very clear what the outcome would have been had I not embarked on the treatment schedule, and soon.    In parallel, there is still no guarantee that, if we do all we can do to avert the climate disaster, that we will be successful in averting it; we may have crossed some critical tipping points.  However, we do know that if we do nothing, the outcome will be a global catastrophe for life as we know it.

In the spirit of Thanksgiving – I extend my appreciation to the all the medical staff at Saint Louis University Medical Center without whom I would assuredly not be here to day, and also (if not more so) to Kathy Conway for helping me through that traumatic contest and many tribulations since. 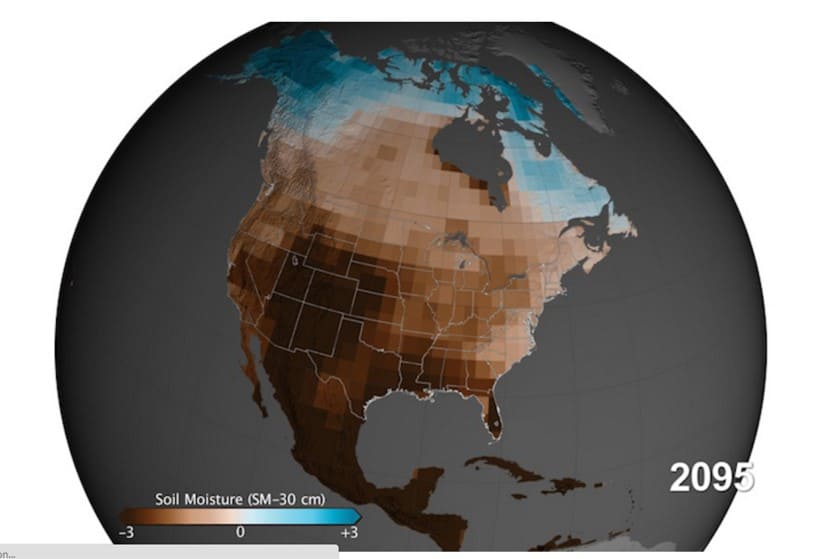 Climate Change and Life on Earth
Scroll to top