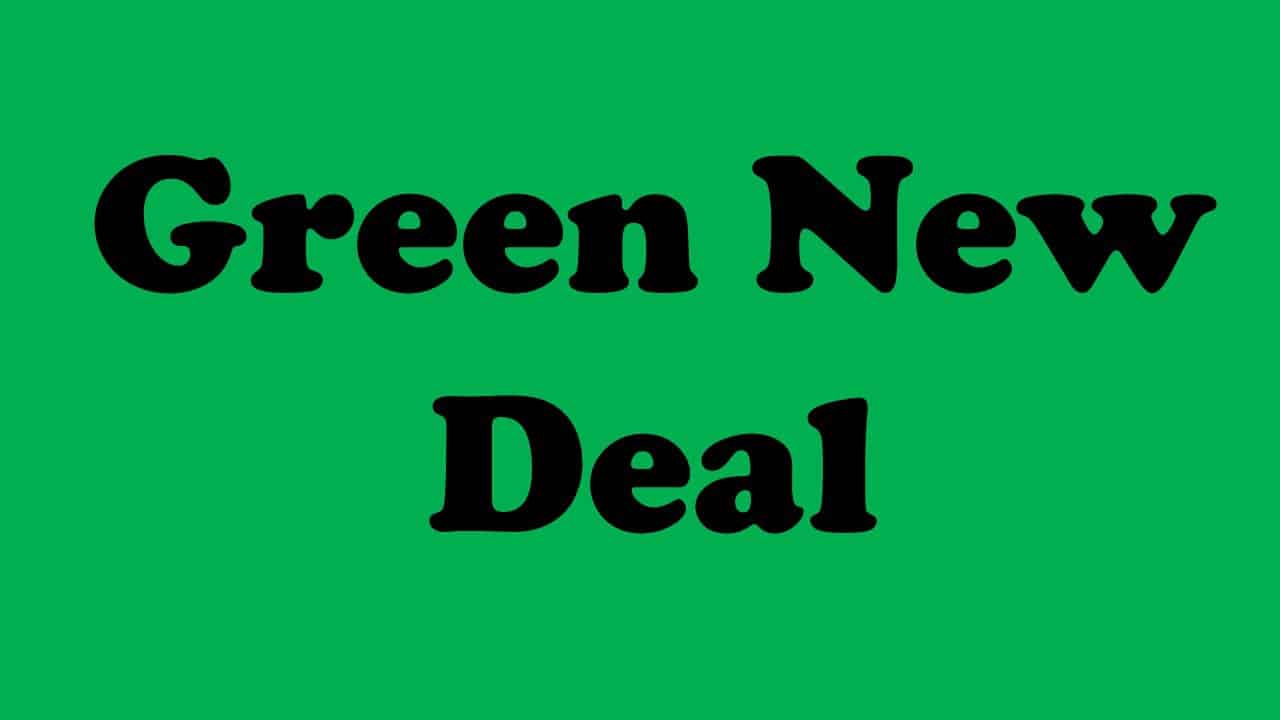 This was developed by, and is being promoted largely by  the Sunrise Movement, a youth organization.  Representative Alexandria Ocasio Cortez (AOC) is a leading proponent but many others have also endorsed it.  Ocasio Cortez and Senator Ed Markey have developed a Green New Deal Resolution that is being introduced into the federal House and Senate.

The notion of a Green New Deal that combines environmental / climate consciousness with social justice seems very attractive – even exciting.  However, what the initial Select Committee proposal was tremendously naive (a naivete shared by many who should know better) regarding climate science.  That initial proposal focused on carbon, decarbonization, and a carbon-free economy as though carbon (dioxide) is the only problem.  We contacted them through several means to point out that the focus should be on greenhouse gases NOT carbon unless they want to promote natural gas and methane leakage.  The problem with a focus on carbon (see https://socan.eco/the-carbon-mistake) /is that it ignores the non-carbon greenhouse gas Nitrous oxide, and undervalues the impact of other greenhouse gases (methane and the fluorocarbons with much greater global warming potential than carbon dioxide) thus promoting conversion by utilities and vehicles from coal/oil to natural gas.  This would promote the relatively large leakage of methane that results from fracking, processing and transmitting fossil (natural) gas. Then, after a few weeks, we learned that they had revised their proposal exactly as suggested.  We don’t know if it was just us or others commenting also, but I was pleased by the adjustment.  The text of the updated proposal for a Select Committee, though now moot, can be found here.

Since then, references to the GND  by journalists often suggest that its focus is on carbon.  This, however, is a reflection of poor journalism not a badly worded proposal.
The text of their strategy is very promising.

Following a recommendation from the SOCAN Government Group, The Board of Directors of Southern Oregon Climate Action Now has endorsed the Green New Deal.  The endorsement statement reads as follows:

The concept behind the Green New Deal (and its presentation in the form of House Resolution 109) is the need to provide an aspirational framework for a decade of Federal action. Its authors recognize the myth contained in the assumption that infinite economic growth is possible, urging, rather, that we focus on economic principles that address the primary crises facing us. These crises include: the urgent need for substantial action to address atmospheric greenhouse gas concentrations; the need to redress the gross wealth inequity that has developed in the United States over the last few decades; the need to solve the long history of environmental and social injustice that has been imposed on frontline communities who suffer greatest and are able to counter least both the assault of climate chaos and hardships potentially imposed by remedies. Given these considerations, Southern Oregon Climate Action Now is pleased to endorse the Green New Deal and encourages other organizations concerned about climate chaos to do likewise.