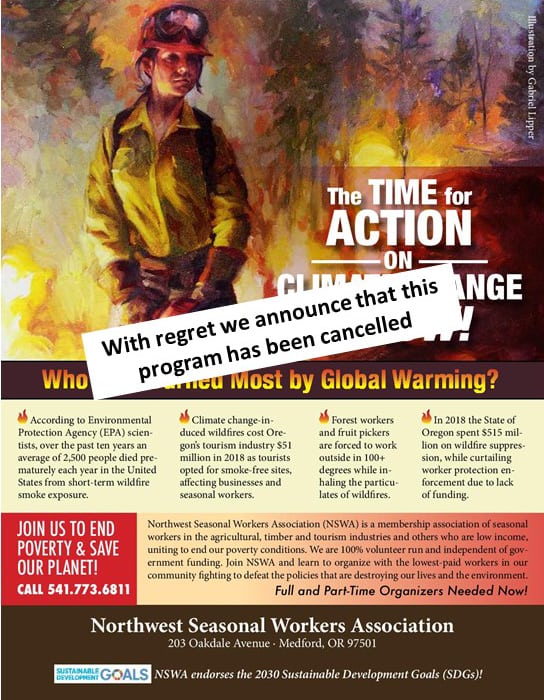 With regret, Southern Oregon Climate Action Now announces that the SOCAN Monthly meeting scheduled for ZOOM and Facebook live streaming for Tuesday August 25th at 6:00 pm has been cancelled.  We will, at a later date, initiate the series “One Planet, One Team” exploring the intersection between climate change and social justice.

This month SOCAN is excited to launch a brand new series as part of our monthly meetings. ‘One Planet, One Team’ is designed to investigate intersections between the science of climate change, activism, and climate justice, while exploring the diverse perspectives of researchers, activists, and frontline and marginalized communities. This will be the first in a series of programs intended to stimulate conversation and dialogue about how the science of climate change can be used to help understand and alleviate climate injustices here in Southern Oregon and throughout our state. The sentiment is simple: we have one planet, and we need to be one united team to save it. As the saying goes, a rising tide lifts all boats.

Our inaugural presentation is a collaboration with Northwest Seasonal Workers Association (NSWA). Founded in 1976, NSWA put their roots in the grass to reverse poverty conditions here in Southern Oregon with the slogan, “Here Until Poverty Isn’t”. They are a 100% volunteer-run, unincorporated membership association of seasonal workers in the agricultural, timber, and tourism industries, and others who are low-income, uniting to end the conditions that are killing the backbone of our economy.

NSWA will discuss their members’ working and living conditions and will explain how the effects of human-induced climate change impact our community’s most impoverished first and hardest. They will also speak to how while individual action is necessary, it is ultimately not enough to bring significant change. Exploitation and a lack of jobs that pay a living wage prevent their members from taking those same kinds of actions by keeping them consumed with the day to day struggle to survive. NSWA believes that these issues are the symptoms of systemic problems and troubled policies. They will speak on how they believe that those suffering the most from the effects of climate change must be involved in creating the solutions. NSWA endorses the 2030 Sustainable Development Goals adopted in 2015 by all 193 member nations of the United Nations (including the United States) which layout a framework to ensure that all people can live with dignity and equality in a healthy environment. They will detail how the goals interlock in creating a more equitable world and will share ways to take climate action with consideration to how climate change affects our local community.

The program will be a ZOOM virtual meeting live-steamed to our Facebook page. If you wish to join the ZOOM session, or receive reminders, please contact carmen@socan.eco. Following the meeting, a recording of the program will be available on Facebook and YouTube. 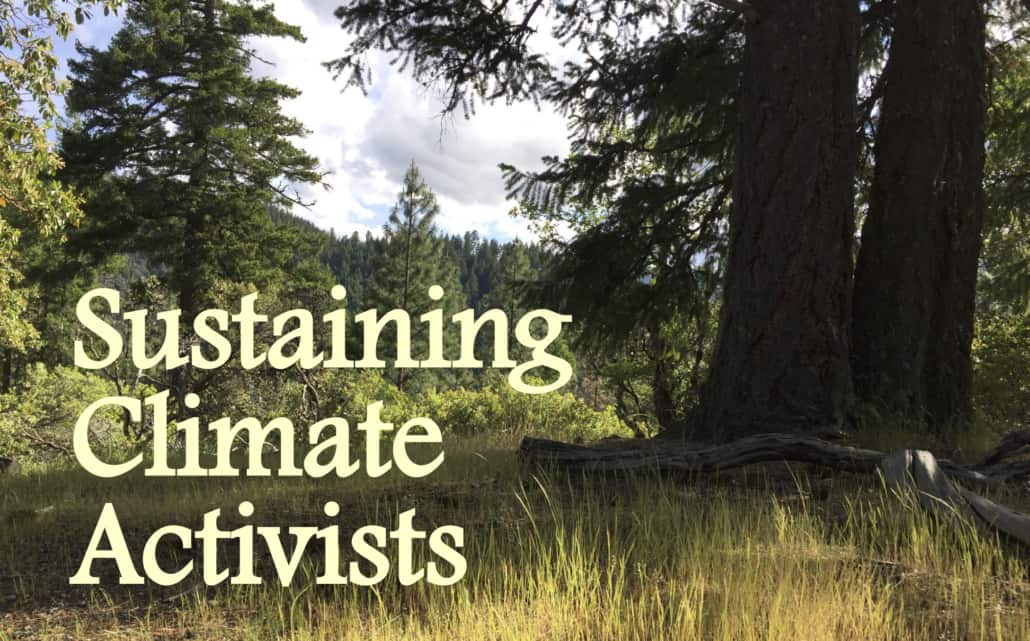