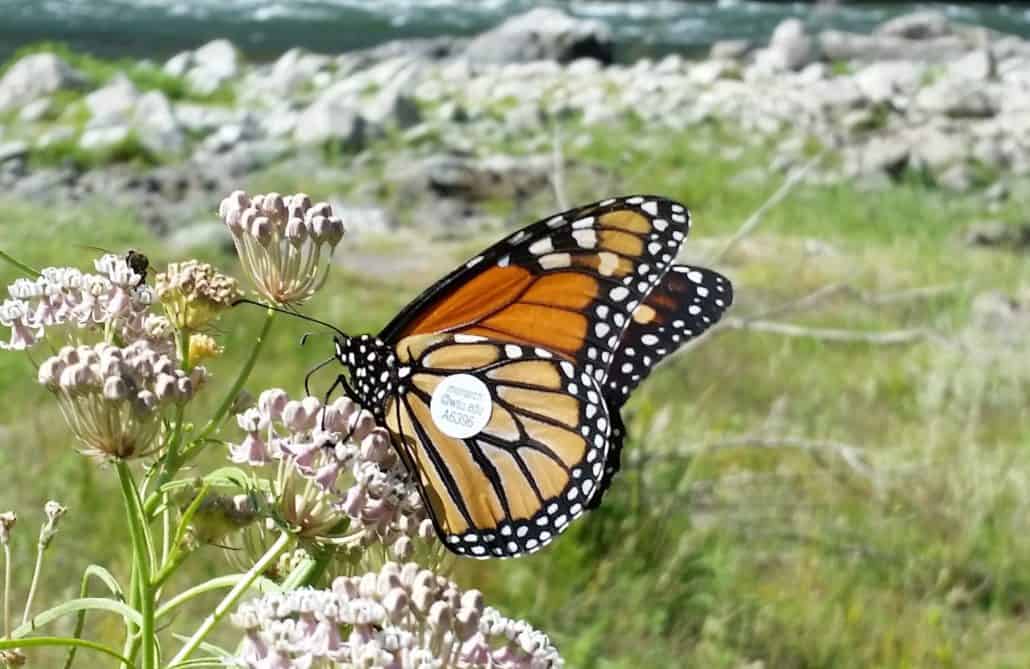 We know about the “Canary in the Coalmine,” but have you heard about “The Monarch in the Milkweed?”  The next Southern Oregon Climate Action Now general meeting, marking our fifth Anniversary, will be held at Medford Public Library on Tuesday September 26th from 6:00 – 7:30 pm. The program is free and open to the public. 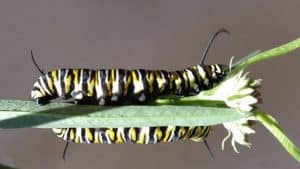 Monarch caterpillar – plant it (milkweed), and they will come – Photo Robert Coffan

Monarch butterflies are among the most incredible migrators on the planet as populations fly thousands of miles twice each year.  These formerly tropical insects have been seeking the “right climate” for millennia. Join Robert Coffan, cofounder of Southern Oregon Monarch Advocates, for an interactive two-part discussion about the iconic monarch.  Coffan will discuss how susceptible monarchs are to changing climate, if there are different climate-related issues for our eastern and western monarch populations, and why we focus on milkweed plants when the interest is conserving monarch butterfly populations and their amazing migration?

The session will then switch gears to a more literary fashion and explore the tale of “The Man Who Cried at El Rosario,” which takes place at a privately owned world Heritage monarch biosphere reserve in Central Mexico.  What did Robert find during his “bucket list” visit there last February?  Might some of our western monarchs periodcally make the heroic flight across the cordillera?  Come join us!

SOCAN Monthly meetings are held the last Tuesday of the Month at the Medford Public Library. Details will be added when available. 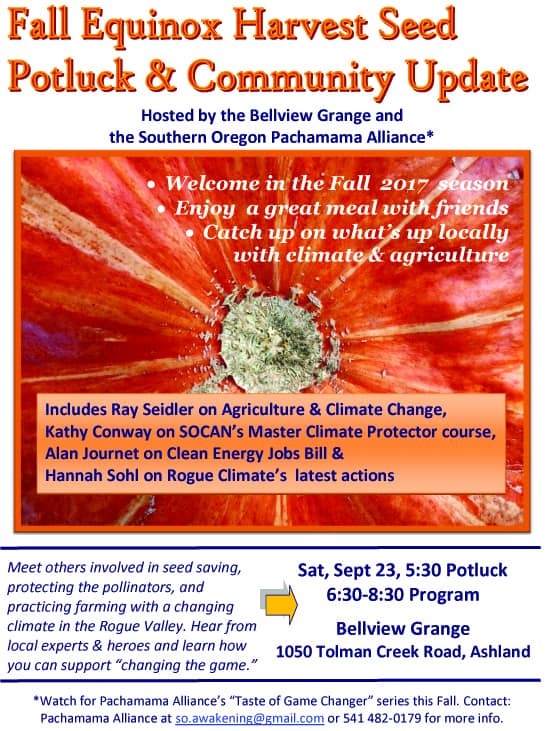