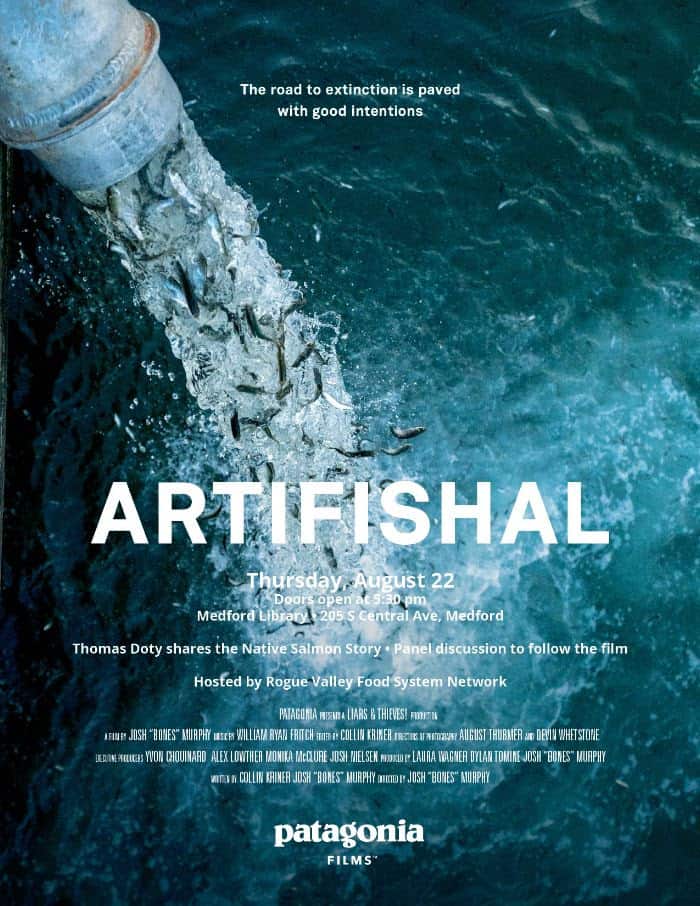 The Rogue Valley Food System Network invites you to join us for an evening about the story of the salmon, from the original people to the current day issues.

We will begin the evening with an honoring of the Salmon people, and the role the Salmon has played as a part of this valley since the beginning of time.

We will then come together to watch the film, Artifishal.

Produced by Patagonia, Artifishal is a film about wild rivers and wild fish that explores the high cost—ecological,
financial and cultural—of our mistaken belief that engineered solutions can make up for habitat destruction. The film traces the impact of fish hatcheries, and the extraordinary amount of public money wasted on an industry that hinders wild fish recovery pollutes our rivers and contributes to the problem it claims to solve. Artifishal also dives beneath the surface of the open-water fish farm controversy, as citizens work to stop the damage done to public waters and our remaining wild salmon.

From a food systems perspective, we are interested in hosting an open dialogue that leaves the consumer with the knowledge to make their own choices about what they want to support with their daily food choices. 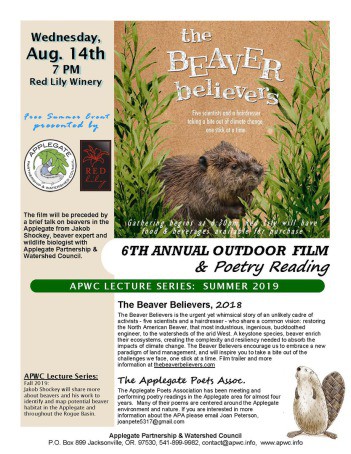 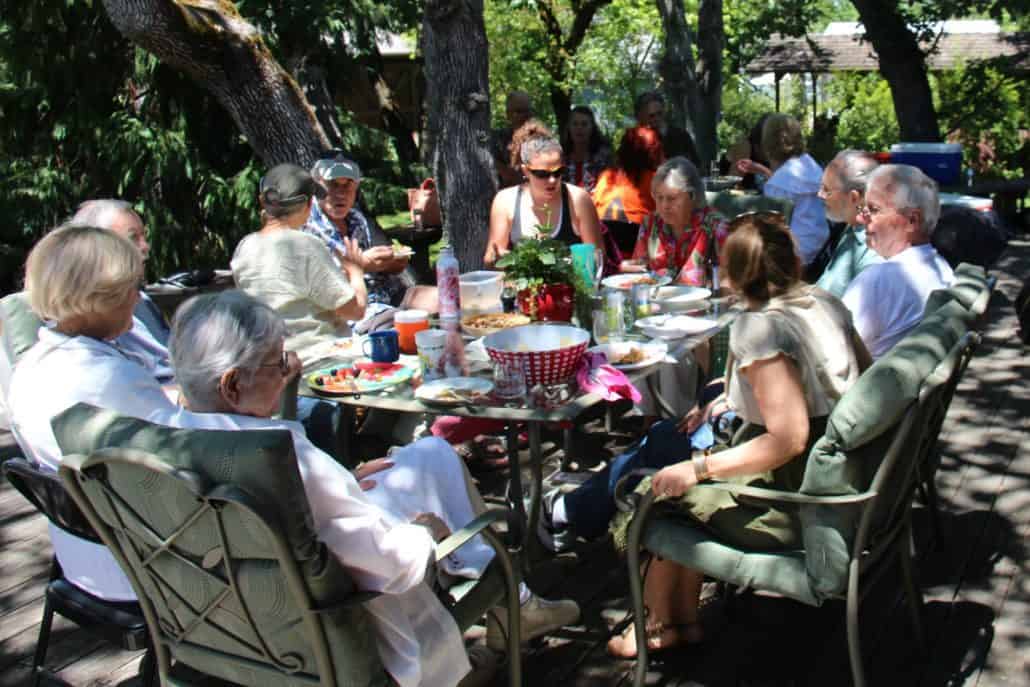