Submit Comments to the Governor Supporting the Climate Protection Advocates

A broad statewide coalition of climate activists have been monitoring the DEQ process from its inception in May over a year ago.  Throughout this process, coalition leadership has been developing sign-on submissions to DEQ relating to the program while individuals have been submitting their own or organizational comments (SOCAN submission are available on the SOCAN OCAP (Oregon Climate Action Plan) page scroll down to the 07/13/2021 Update).

Additionally, a subset of the coalition members has formed an ad hoc group calling itself the Climate Protection Advocates.  Feeling the need for a stronger response to the DEQ proposed rules, this subset (led by Diane Hodiak, Executive Director of 350.Deschutes, Stuart Liebowitz, Facilitator of the Douglas County Global Warming Coalition, and Alan Journet, Co-facilitator of SOCAN) developed a set of concerns and submitted these (along with signatories from some 20 regional and statewide organizations) requesting a meeting with Governor Brown to urge her to exert some pressure on DEQ to request strengthening the Climate Protection Program draft rules commensurate with our current urgency.  This request for a meeting has been granted and these three representatives will meet with governor on September 13th.

Who are the Climate Protection Advocates? 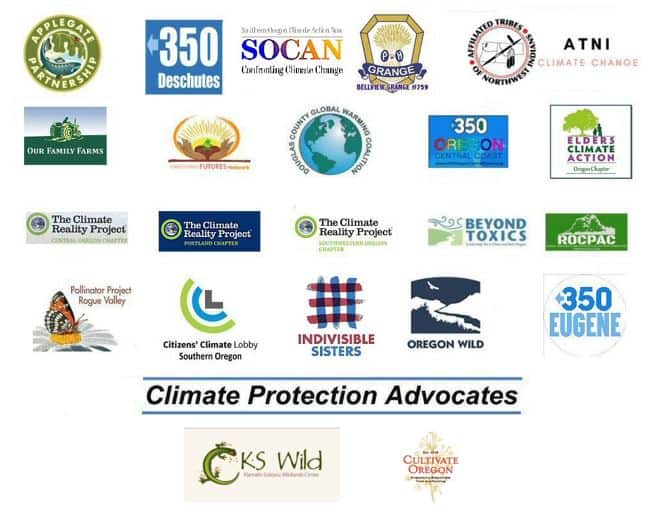 What is my role in this plan?

What points were identified by the Climate Protection Advocates?

How do I write this?

Please start by identifying why you are concerned about addressing the GHG issue and note that you are from rural Oregon (if that is the case).  The reason for stressing this is that we need to make it clear that rural Oregonians want climate action. This is to counter the inevitable opposition argument that climate action is just another liberal Portland / urban Oregon plan to impose burdens on rural Oregonians. Then pick a point or two that resonates with you – you don’t need to address all the points.

If you want more background information or a summary of the CPP, visit the Background page.  It might be optimal to write your comments first in a WORD document and then copy and paste to the Governor’s “Share Your Opinion” page.  I am not aware that the Governor’s page has a word limit, but if you discover it does, please let me know.

How do I submit my comments?

The target for submission is Governor Brown’s “Share Your Opinion” page by September 17th, where you should select ‘energy’ as the topic.