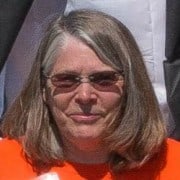 Before moving to Southern Oregon, native Oregonian Kathy Conway taught science, math, and social studies methods to pre-service elementary teachers at Southeast Missouri State University. During that period Kathy earned a Ph.D. from Southern Oregon University in Mathematics Curriculum and Instruction. She has also been a long time environmental activist with the local Sierra Club group and was instrumental in establishing the Southeast Missouri Climate Protection Initiative. After relocating to Southern Oregon in 2010, Kathy collaborated with Alan and other area residents to form Southern Oregon Climate Action Now of which she is Co-facilitator and serves as Treasurer of the Board. 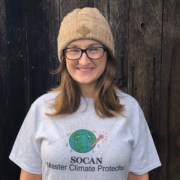 Growing up on a small farm in Eugene, Oregon, Ellie Cosgrove developed her love for nature at a very young age. This love and respect for the natural world drove her to pursue a BS in biology at Portland State University, where she discovered her passions for conservation, climate action and education. In 2017, she moved to the Rogue Valley to earn her MS in Environmental Education from Southern Oregon University and fell in love with the area! Ellie currently works as the education program manager for Rogue Valley Farm to School and when she can’t be found in the school garden, she is usually out in the woods exploring with a plant ID guide in hand.

After earning his PhD in marine biology, Bill spent nine years teaching and doing marine biology research at the University of the Virgin Islands and California Lutheran University. Seeking to apply science to solve real-world environmental challenges, Bill spent the next 30 years as an environmental consultant. He assessed impacts from marine and terrestrial development projects, focusing on energy-related developments. Bill retired in 2017 and moved to Brookings where he became the  founder and co-facilitator of the Coastal SOCAN Project in Curry County. He is a Climate Reality Leader (Al Gore’s non-profit), has taught ocean and climate related classes at the Southwestern Oregon Community College (SWOCC), and presented lectures and short talks to high school and college classes, community groups, Coastal SOCAN monthly meetings, and informal events at local venues. He has recorded podcasts on climate change and marine biology topics. He is also the Chair of the Environment Subcommittee of the Oregon Coast Energy Alliance Network (OCEAN), a community-based non-profit supporting the evaluation of responsible development of renewable energy on the Oregon coast, focusing initially on floating offshore wind. 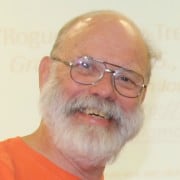 President of the Board

Not an Oregon native by any stretch of the imagination, Alan Journet grew up in Britain, spent several years in Canada and then several more in Australia. After two years in Texas, Alan moved to the United States in 1980. Alan has a Ph.D. in entomology and taught Biology (mainly ecology and conservation biology) and Environmental Science for thirty years at Southeast Missouri State University where he was active in the local Sierra Club group, and formed the Southeast Missouri Climate Protection Initiative with Dr. Kathy Conway. It was the realization of how climate projections at the time would devastate natural ecosystems across the planet, along with our agriculture, forestry and fisheries, that led Alan to investigate the credibility of climate science research and projections.  Having become convinced of its credibility, Alan was motivated to embark on  a vocation of educating the public about the science and consequences of global warming and the climate change it is causing and stimulating individual and collective action to address it.  After relocating to Southern Oregon with wife Kathy Conway Alan built an energy efficient passive/active solar home in the Applegate Valley. Finding no grassroots climate activist organization in the region, with many locally concerned residents, Alan and Kathy established Southern Oregon Climate Action Now, of which he serves as Co-facilitator and Board President. 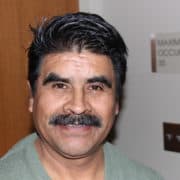 Dagoberto Morales came to the Rogue Valley from the State of Michoacan, Mexico, in 1988.  In October 1996, he founded Unete, Center for Farmworker Advocacy, where he now serves as Director. He has been active in the social justice arena ever since. Dago is employed by Timber Products, a Medford lumber mill where he does equipment maintenance. We are delighted that Dagoberto agreed to bring his concern for social justice to the SOCAN Board in 2017 to augment our environmental justice focus. 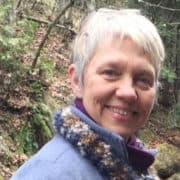 Liz started volunteering with SOCAN after being inspired by our Rogue Basin Climate Summit in 2015 and is a graduate of the first Master Climate Protector program. Liz has created street theater projects and booth displays for SOCAN, assisted with grant writing, moderated candidate forums, done legislation presentations and facilitated the Sustaining Climate Activists support group. Perhaps most notably, Liz was the instigator and leader for the ongoing Voices of the Valley documentary and display project. Rev. Liz works as a clinical chaplain in Medford and was ordained by The Church for the Fellowship of All Peoples in San Francisco – our country’s first interfaith and interracial congregation started during World War II. Liz serves as Secretary of the Board 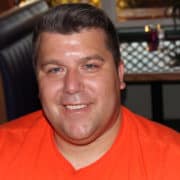 Native Southern Oregonian Dr. Hogan Sherrow is an Evolutionary Anthropologist who has worked on three continents studying everything from humans, through grizzly bears, to chimpanzees. He was a Fulbright Scholar, earned a Ph.D. from Yale University, and was trained as a Climate Leader with Vice President Al Gore and the Climate Reality Project. Hogan currently manages and implements programs in the region for the National Multiple Sclerosis Society, while also teaching courses in anthropology and the environment at Southern Oregon University. When not helping people with MS live better lives, teaching, or taking action on climate change, Hogan can be found fishing or camping with his two daughters, hiking with his dogs, or at the gym.

Roger moved to Ashland from Seattle and serves as our General Counsel. Roger helped us negotiate the complexities of achieving 501 (c) (3) status and offers sage advice on legal matters. 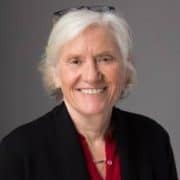 Pam Marsh has lived in Southern Oregon since 1994, when she and her husband, Diarmuid McGuire, moved their four children from Palo Alto, California, to the mountains east of Ashland.

Prior to joining the legislature, Pam was actively involved in management and operation of Green Springs Inn and Cabins. Her family continues to own the business, now managed by her husband and son.  From 2006-2012 Pam worked as Deputy Director of a local nonprofit providing drug and alcohol prevention and treatment.  She served as Executive Director of Ashland Emergency Food Bank from 2012 until December 2016. 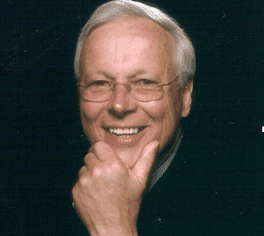 Ray and his parents “immigrated” from New York City to the Southern California desert foothills when he was in elementary school. He rapidly became a desert “hick” and discovered a love for nature and the outdoors, mainly because the closest town was some 15 miles away. He was the first in his extended family to earn university degrees.  A  B.S. in Biology and a Ph.D. in Bacteriology soon led to further studies in Texas and Maryland prior to his professorial “landing” in 1970 at Oregon State University and later with the US Environmental Protection Agency in Corvallis. Ray has been a teacher and an environmental research scientist spanning over 40 years. He is one of the early MCP graduates and has been a happy SOCAN volunteer since our inception. He loves the outdoors, hiking, and gardening, especially growing English and French lavender varieties on his hobby/business enterprise near Ashland.  Of course, all the plants are grown in healthy soils using regenerative agricultural practices.

Ray was instrumental in the successful effort to exclude GMO crops from Jackson County and has become an expert in promoting regenerative agriculture as a means of restoring and maintaining soil health.  He was the lead organizer of a 2020 international symposium on the topic.  Ray has generously agreed to serve as SOCAN’s expert adviser and consultant on all things relating to regenerative agriculture and soil health.

Retired Attorney David Beale served on SOCAN’s Government Group and  on the Leadership Circle. He was on the organizing team for ‘Our Critical Climate’ where he energized and instilled confidence in the team to raise the necessary funds. David served as one of our founding Board members and served from December 2014 through January 2016. 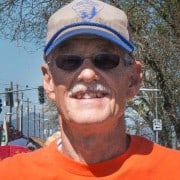 Eric Dittmer retired from Southern Oregon University in 2012 after teaching in Geology and Environmental Studies since 1992.  Eric’s interests include geologic hazards, especially earthquake hazard reduction, and water management.  Eric is also an avid cyclist, frequently riding his bike from home in East Medford to SOU.  Prior to being enticed to SOU, Eric served the Rogue Valley Council of Governments for over a decade primarily as Oregon Water Resources Coordinator.  Eric has also served in a professional resource capacity with the “Water for Irrigation, Streams, and Economy” (WISE) Project, the goals of which are to enhance water management and irrigation efficiency in Jackson County. Eric’s consistent involvement in volunteer service reflects an amazing commitment to the community.  When the idea of establishing a local Grassroots Climate Action group was first discussed with Southern Oregonians, Eric’s name came up as a ‘must visit’ person.  Since Eric has honored us with his involvement, we have come to appreciate that if there are folks living in Southern Oregon who don’t know Eric, he probably knows them anyway.  Eric was the ideas person behind ‘Our Critical Climate: Trends, Impacts, and Solutions – A Rogue Basin Summit’ and a major contributor to its orchestration. Eric served on the board from 2016 – 2018.

Coming to Southern Oregon from Louisville Kentucky, Louise Shawkat was with SOCAN since our first meetings in the fall of 2012. Since then she may have been involved in more SOCAN activities than any other of our activist volunteers. Those who remember the great salmon excursion of 2013 may not know that without Louise staying up nights with brush in hand, many of the scales would have remained bereft of color. When it came to staffing a booth, marching in a parade, attending a townhall, leafleting, keeping time, or otherwise helping projects achieve their goals, Louise could always be counted on to give more than her share of effort and enthusiasm. Without Louise, SOCAN would have probably achieved less than it has accomplished during the years of its existence. Louise served as one of our founding Board members and served from December 2014 through January 2018. Of course, Louise was not just a SOCAN volunteer. For those who do not know, Louise was deservedly recognized in 2015 by the Rogue Valley Messenger as the Rogue Valley Non-profit Volunteer of the Year. 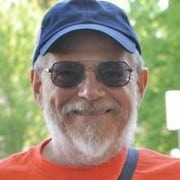 Bob became a SOCAN volunteer activist for climate during SOCAN’s first year of existence and has been integral in our projects ever since. Bob is well-known among SOCANistas for his sage and calm advice and particularly his contributions to Government group activities and among those especially visits to field staff of our Federal representatives. Despite the almost annual trips to India where the volunteer contributions of Bob and Dolores cross national and continental borders, Bob has been a constant with SOCAN since first coming to our meetings. We are grateful to Bob for serving as a founding Board member during our rebirth as a 501-C-3 non-profit. At our meetings Bob’s wisdom has always been welcome. Link to Obituary.