During the 2017 legislative session, the Oregon legislature passed the Oregon Health Care Protections Bill (HB 2391).  This preserved state funding for Medicaid. To pay for retaining this funding, the bill incorporated an assessment levied on hospitals.  The bill was supported by the Oregon Association of Hospitals and health Systems since they understood that approval of this bill would generate a matching or larger input of federal Medicaid funds to the state to support health care.

Although the bill was bi-partisan, four representatives initiated a petition drive to generate a Ballot Measure addressing this bill. Anyone confronted by a signature collector will have probably been told that HB  2391 imposed a tax on Oregonians – a statement which is untrue).  The representatives promoting the attack in HB  2391 were Gubernatorial candidate Knute Buehler of Bend, Julie Parrish of West Linn, Cedric Hayden of south Lane County, and Sal Esquivel of Medford.  Since they acquired the necessary signature, we now have Ballot Measure 101 which requires that voters affirm (with a Yes vote) their support for HB 2391. 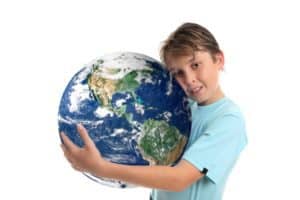 Under the bill, for the first time, every child in Oregon has access to health care. Failure to obtain statewide support of HB  2391 will result in rejection of the bill and the loss of federal funds.  It will also undermine the Oregon budget to the tune of tens of millions of dollars.  But, probably most importantly, some 400,000 Oregon children would face healthcare cuts and premium would rise for some 210,000 Oregonians.

One critical element in this issue is that conventional wisdom tells us that if Ballot Measure 101 fails, the 2018 Legislative Session will be devoted to solving the budget crisis its failure would stimulate.  As a result, the Clean Energy Jobs Bill would be lost.

Oregonians will be receiving their ballots soon; the deadline by which ballots must be received is January 23rd.  Please vote, and vote your conscience.