Southern Oregon Climate Action Now (SOCAN) is all-volunteer grassroots, 501(C)(3) non-profit organization of over 1,500 Southern Oregon residents and friends who care about global warming; we are concerned about its climate change consequences and the ocean acidification that both result from emissions of greenhouse gases. We have joined forces to address these problems.

The mission of Southern Oregon Climate Action Now (SOCAN) is to promote awareness and understanding about the science, causes, and consequences of climate change. We work with individuals and organizations in Southern Oregon, statewide, nationally, and internationally to advocate for both personal and governmental actions that reduce the emissions and atmospheric concentration of greenhouse gases.

We seek a reduction in the global atmospheric greenhouse gas concentration to 350 parts per million Carbon dioxide equivalent (CO2e).

Our first meeting, organized by a steering committee that included current co-facilitators Alan Journet and Kathy Conway, was in September 2012 when 70 attendees gathered to brainstorm possible climate actions and projects. In June 2013 the committee became the Leadership Circle and, after obtaining non-profit status, a Board of Directors was formed and approved the by-laws in December 2014. Currently, SOCAN activities are based on 22 projects organized under five program categories: Community Engagement; Education; Transportation; Natural Resources; and Government.

The first big SOCAN event, in February 2013, “It’s A Rogue Thing: Bringing Climate Concerns Home” was organized by a team led by SOCAN volunteers Hannah Sohl, Camila Thorndike, and Louise Shawkat, assisted by many other SOCAN and non-SOCAN volunteers.

SOCAN took a giant step in October 2015 with the Rogue Basin Climate Summit attracting over 250 concerned individuals from across the basin to explore Trends and Projections for the Rogue Basin and develop follow-up projects.

Presentations, courses, and mini-courses have always been an important outreach component of SOCAN, as have information booths at local events. The SOCAN Writing Corps keeps SOCAN and climate concerns in the media.

In 2017 a SOCAN team organized and taught the pilot offering of the ten-week Master Climate Protector course which has since been offered annually.

The Climate in the Classroom Project brings climate awareness to students throughout our educational system. Our science-based approach supports teachers as they introduce students to climate issues.

Collaborating with other organizations, SOCAN promotes the electrification of our transportation. Additionally, we work with the national Transit Equity Program to increase awareness of the importance of promoting equity considerations into our public transit system.

In collaboration with several regional organizations, SOCAN is encouraging climate smart management of our natural resources. We are also promoting public awareness of the role of fire in our forests and the impact of climate change on fire trends.

In October 2014, SOCAN coordinated passage of a resolution supporting state divestment from fossil fuel corporations by Ashland City Council. Additionally, we contributed to the development and passage of the Ashland Climate and Energy Action Plan. Currently, SOCAN’s Ashland Climate Action Project seeks to support implementation of this plan.

SOCAN has recently established a project to encourage climate action in communities throughout the region.

Throughout our existence, SOCAN has been engaged with the statewide coalition of climate activists to establish a meaningful state greenhouse gas emissions reduction program. Following the signing by Governor Kate Brown of Executive Order 20-04 in March 2020, we have been engaged through that statewide coalition in monitoring and contributing to state agency efforts to develop greenhouse gas emissions reduction programs. 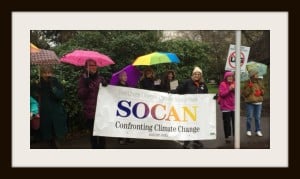 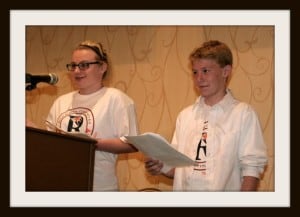 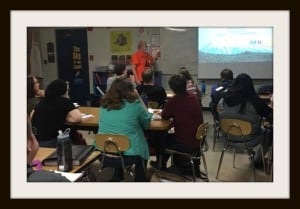 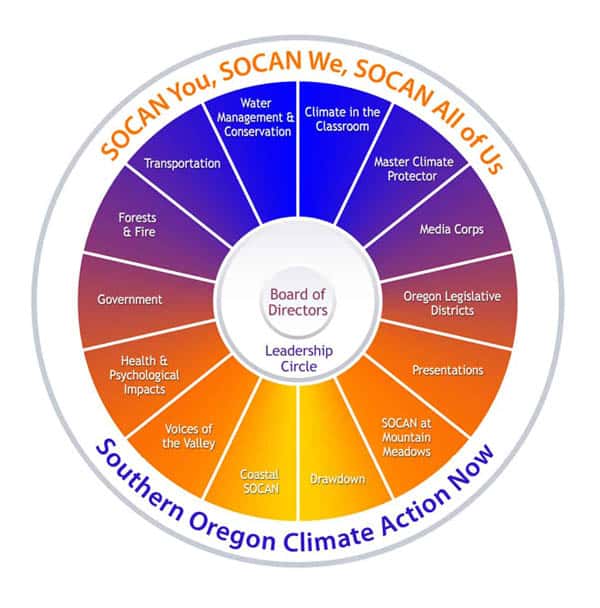 In terms of major SOCAN thrusts, Education, that has always been a primary focus of our activities, was affirmed as one of our primary activities. This will involve: educating ourselves and the public about the current scientifically accepted causes, consequences and solutions to climate change; the importance of increasing energy efficiency and conservation and promoting renewable energy; and connecting with students at all levels to inform and inspire them. These will be achieved through courses, programs, and presentations, as well as developing videos and other educational materials.

Also recognized as a critical SOCAN component is the array of activities falling under the general category of Collective or Government actions. This focus will be maintained with direct and indirect lobbying for action on climate issues. We hope to inspire, support, advise, and educate representatives and city department/agency staff at all levels to consider and act on climate issues whenever relevant.

A third area identified as important to achieving our mission is nurturing partnerships with other groups and entities across the region, state, and nation that exhibit similar missions and goals.